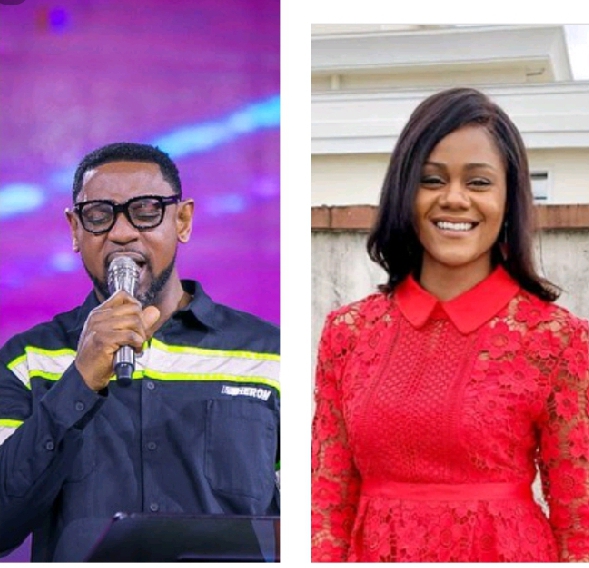 There is a particular stereotype whenever any scandal or issue involving a Pastor and a member of a Church creeps up in many of our churches throughout the world. That stereotype is that the pastor is always right and the member’s only motive is to destroy.

The entire Christendom switches into a “Pastor Protection” default: the Pastor is the saint who’s above reproach and the member an agent of the devil who’s allowing himself or herself to be used to destroy or cause division within the body of Christ. 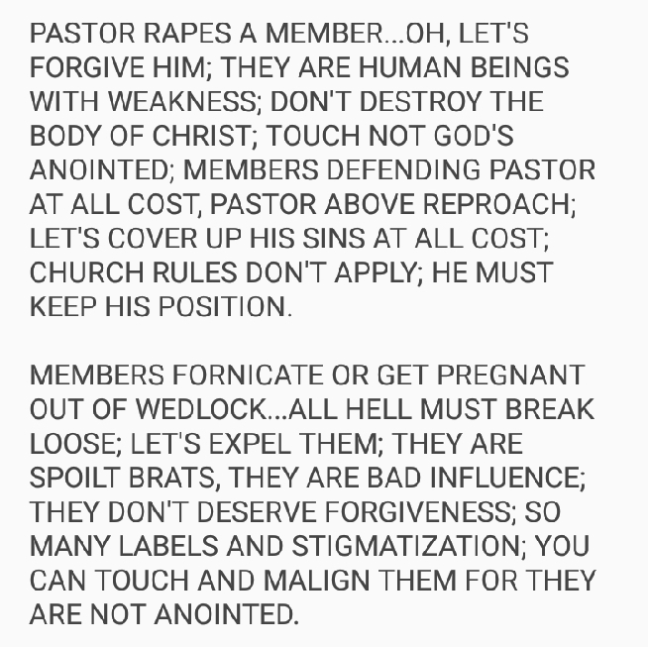 Well, it appears God has favorites who are always the “men of God” and He cares nothing about His sheep, who must always be put down, shamed and suffer Church abuses in silence. Perhaps, that’s surely no intention of God and He actually sanctions no such unfair treatments within the body of Christ.

It’s sad that we see scandals being committed by the people we hold out and place confidence in as “men of God” everyday and we continue to rather protect them and not call them out. Many times, we the victims are rather forced into a culture of silence or take “let God fight my battle for me” stances and bottle up our pains at the expense of protecting the reputations of these abusive men of God and never realizing that the only thing that achieves is the liberty and emboldenment it gives them to abuse or prey on other innocent and unsuspecting lives.

If you have ever come close to being sexually abused or violated as a woman by a man of God who you see as a father figure or hold in high esteem, you would never love the experience or the psychological damage it leaves with you for the rest of your life, yet alone wish a fellow woman or sister to shelve her torment and not call out a sex offender who doubles as a man of God.

Me as a man can never even forget the traumatizing experience of someone very close to me who came near to being raped or violated by a “Pastor friend of the family” who she looks up to as a brother or father figure, such that I boil inside anytime I hear his name come up, let alone imagine the mental state of the person who actually survived the ordeal. Too many times it keeps coming into my mind and I keep telling myself, I don’t know how long I can keep this Pastor person’s identity protected, even though he actually didn’t succeed in the act (or so I have been told) and would surely one day blow his cover if I should actually hear of any similar act by him. Only God knows how many people his so called “moment of weakness” actually prevailed against or whether it actually was a one-time unsuccessful stunt; nobody knows, but the mind never forgets these things.

So, yes, I can never trust any human being, even a man of God as a “Saint”; and I resent it when people just jump to the defence of men of God caught in scandals and outrightly label their accusers as agents of division. You think God doesn’t love the victim as much as the alleged offender? Why must anybody’s word against a man of God be shot down even before it even leaves their mouth as if these leaders of our Churches can never perpetrate any evil?

Perhaps Busola Dakolo’s claims against the Senior Pastor of COZA, Biodun Fatoyinbo, may be untrue; but I sure agree with her words that God has no favorites. We are all God’s Children and stand equal before His saving grace. He loves us all the same and must give us all equal hearing. The Church must not teach us otherwise! These are surely dangerous times when you expect Church leadership to show good morals and not play cover ups that makes God look unfair and unjust.

We preach equality before the laws of the land but never before Christ. Unless the Church wants to tell us it is an Animal Farm where “all animals are equal, but some animals are more equal than others”. The fact that we would even want Pastors’ images or reputation protected in the church irrespective of the wrongs they actually perpetrate or are accused of is even sickening. 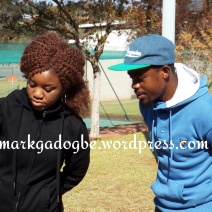 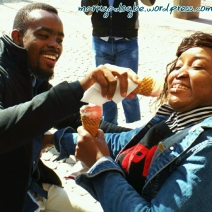 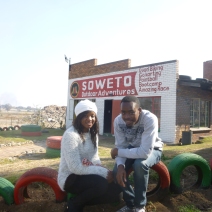 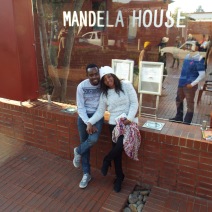 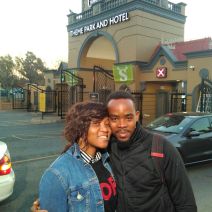 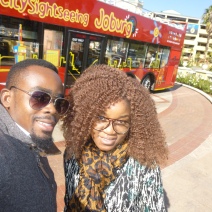